What does the 2019 budget have to say about property owners, first-time buyers, social housing and white paper on property? Fred Grech describes and summarises the statements.

Those concerned about missing out on the first- or second-time buyers’ scheme will be revealed to hear that they have again been extended to cover 2019.

First time buyers will again benefit from a duty exemption for the purchase of their first home on the first €150,000.

The 2019 Budget also saw a return of the scheme awarding a reduced duty rate for properties purchased in areas marked Urban Conservation Area (UCA). Eligible applicants will benefit from a duty rate of 2.5 per cent instead of 5 per cent for the year 2019.

The incentive to purchase a residential property in Gozo where a stamp duty reduction was reduced from 5 per cent to 2 per cent has also been extended for the year 2019.

As the focus on the rental market continues to grow, government has shaken up the means test system to determine eligibility for rental subsidies. In 2019, instead of the standard means test, two criteria will instead be used: gross income and rental costs.

Government is proposing to offer incentives to landlords who rent out their property at affordable rates for a period of at least seven years. The incentive would come in the form of reduced tax on the same property when he/she eventually sells it.

As a means to assist those over the age of 40 to acquire a property, Government is proposing to cover the interest payments of home loans granted by a bank, subject to the individual paying at least 50 per cent of the cost of the property.

The 2019 budget proposes building another 700 units on top of the 500 units announced earlier this year.

Government properties found to be in a dilapidated state have reportedly been earmarked for conversion into social housing units.

The Housing Authority will also launch a series of pilot projects with the intention of reaching agreements to use properties for social use at cheaper market rates as has been proposed earlier this year.

The White Paper on Property

The above measures are to be introduced for 2019 in addition to the white paper which was published some weeks ago.

The white paper was long anticipated due to the exploding rental market in Malta. Among other measures, it seeks to oblige landlords and tenants to register rental contracts, longer-term contracts for more stability and a period of notice when the owner wants to terminate a contract.

For more information, feel free to contact Island Properties via email or by calling us on 20334455.

Airspace with Permits in St Julians

Airspace for sale in the prestigious and residential area of…

This is a 3 bedroom 2 bathroom apartment located in…

Stunning newly finished penthouse located in Swieqi. It is a… 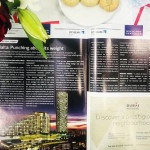 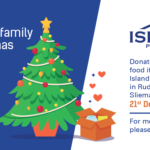 Help Feed a Family This Christmas