The Estate Agents Section’s Response to the Proposed Rental Reform

Following a briefing by legal experts regarding the proposed rental reform during an information session organised by the Estate Agents Section (EAS), members of the Malta Developers Association Landlords Section found that both themselves and their tenants will end up being worse off. Due to this, the EAS has contributed further to the debate over the proposed reform.

The Estate Agent’s section within the Malta Developers Association has always been in favour of introducing a reform which improves the industry, whilst also safeguarding the needs of both landlords and tenants. For this reason, numerous consultation meetings were held between the EAS and Government entities to construct a bill that covers the salient challenges currently faced by the industry.

The MDA Estate Agent’s Section emphasised that there are issues within the proposed bill which may potentially introduce limitations in the industry, rather than aid it. One of these points in question is the one which allows tenants to withdraw from a contract after providing sufficient notice, whilst also receiving back their deposit. This change would void the concept of having a long-term contract and security deposit. Furthermore, this reform would introduce uncertainty for landlords and will allow tenants to rent properties for short-term periods over summer and exit the contract in winter without losing their deposit. In response to this, the EAS believes that this option should only be available in very specific circumstances. Furthermore, the association also emphasised that the duration of a contract should be respected in full. An opt-out period may encourage abuse by tenants. A spoke person from the EAS added that this new law will also add pressure on landlords’ bank loan repayments.

Although the Government has expressed this bill as a means to promote longer-term leases, the lack of freedom on contract and the introduction of an easy withdrawal by tenants will result in landlords feeling reluctant to enter long-term contracts. As a result of this, investors will stop investing in the market and lower quality units will begin to appear on the market. Some landlords have already threatened to close their doors and leave properties empty under these conditions.

The rental of rooms is a growing trend in the industry which has mitigated many issues by providing affordable housing for lower-income earners. The proposals which cover this sector are creating more issues rather than solving them, which in turn, may lead to extensive issues in the employment industry.

Although the EAS strongly supports stricter regulations, enforcement and regular inspections of rental properties, the association feels as though the bill has given unlimited power to the Housing Authority and its officials. The proposal gives the Housing Authority the right to enter a household without any reason – something which even the Malta Police Force can’t do. Whilst inspections must be carried out to ensure adequate living conditions, it was noted that a basic warrant driven process should be introduced to reduce cases of abuse of power.

The registration of all contracts, including current ones, is one of the strong points of this bill. However, with no mention of Estate Agents being able to register these contracts in the name of their clients, the EAS feels their role was completely disregarded.

Whilst the Estate Agents Section is strongly in favour of a bill which aims to strengthen the rental industry, the association feels as the current proposal falls short of safeguarding the market and the interest of landlords. The EAS feel that even though a number of their suggestions have been introduced into the proposal, most suggestions have not been given any attention. The association hopes that the draft will be adjusted with their suggestions to compose a bill which protects both parties.

For more information regarding the rental reform, be sure to visit our previous post, where we tackle what the proposal entails.

A modern and well lit penthouse located in the very…

This bright apartment is located in the central area of…

This brand new Tigne apartment has has just been renovated…

Proposed Rental Reform to be Active by January 2020 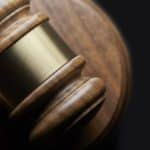 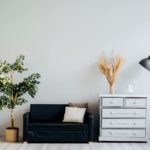 Five of the Most Popular Furniture Styles