HSBC’s Head of Retail Banking and Wealth Management, Daniel Robinson began by explaining the changes that the bank has experienced over the past year. He stated that over the past year, HSBC’s improved products have lead to a 13% increase in loans with the lowest 3-year fixed rate yet. Thanks to these refined products, HSBC now deals with 40% of Malta’s first-time buyers.

Mr Robinson also stated that the bank is now able to provide up to 95% of its sanction letters in just 5 days thanks to 80% of its staff now being qualified to provide mortgages. Above this, 60 people across the island are now able to give regulated advice, when compared to 25 in the previous year. Besides this, HSBC now possesses the best opening account system thanks to its improved online portal, allowing clients to manage their account from the comfort of their own home.

Executive director at E-Cubed Consultants Ltd and economist, Dr Gordon Cordina went on to give a presentation on “The Residential Real Estate Market.” During this, he discussed the changes and growths that have occurred over the past couple of years, together with a prediction of the future of the Maltese property market situation.

In 2018, the expected turnover was €160 million. However, the actual turnover was found to be €1.7 billion. This is owed to fact that the average price of a rental contract role to €225.5k with a volume increase to 7,500 contracts signed per year.

Above this, from 2013, the GDP was seen to have grown by 14%, together with a 10% growth in the state of liquidity.
Dr Cordina also said that he does not predict a fiscal induced bubble or a bank credit bubble.

The Sliema, St Julians and Swieqi area accounted for 30% of the total market turnover and 42% of its growth, together with 20% of overall price growth with prices twice the national average. However, the highest rates of price growth were registered in central and affordable localities, namely Zebbug, Qormi, Birkirkara, Gzira, Msida, San Gwann and the Gozo region.
While part of the Sliema, St Julians and Swieqi region’s activity is spilling over to the neighbouring areas, the key lies in the expansion of tourism and popularity in these areas.

Following this, a discussion session was held between Dr Cordina, Mr Robinson and the estate agents present. To conclude, a reception was held where attendees were given the opportunities to network amongst themselves, together with the speakers and HSBC’s team of specialists.

This large and bright three bedroom apartment is comprised of…

Are Malta’s Living Costs the Same as London? 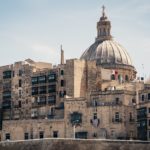 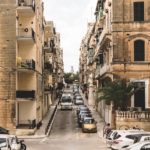