Proposed Rental Reform to be Active by January 2020

As of January 2020, a list of newly proposed rental regulations, which aim to seek stability in the sector, will be enforced. Prime Minister, Joseph Muscat announced a minimum period of one year, the introduction of minimum notice periods for landlords and tenants, and obligatory contract registration amongst other improvements, as a few reforms to the rental market.

The introduction of the mandatory duration of one year plans to provide stability to tenants. Besides this, incentives have been introduced for landlords who rent their property for longer than the minimum period.

With the proposed rental reform, landlords will be eligible for tax incentives when entering long-term contracts, i.e. those of two or more years.

Furthermore, a six-month contract period has been established for short lets.

The reform also seeks to regulate rentals deemed as ‘Room Rentals’ and ‘Short Lets,’ both of which will have a duration of six months. This mainly targets foreign workers who are in the country for six months or less, students on short courses, foreign tenants who are in Malta temporarily and Maltese tenants who require a short-term place of residence.

In this case, the tenants are provided with a fixed term of one month and should give landlords a seven-day notice should they wish to be released from the contract. This contract, which is fixed at six months, is not renewable.

Through the reform, landlords are bound to a three-month notice period before the expiration of the contract in which they should inform their tenants should they not wish to extend the lease agreement. In the case that the tenant does not receive this notice, the contract will be automatically renewed for another 12 months. Meanwhile, if the tenant does not wish to extend their contract, they must give their landlord a months’ notice. The tenant is required to remain in the property for the first two months of the contract before being able to release themselves from the contract.

In the case of two-year contracts, tenants have a fixed term of 4 months and must give their landlord a 2 months’ notice should they not wish to extend their lease.

In the case of three-year contracts, tenants have a fixed term of 6 months and must give their landlord a 3 months’ notice should they not wish to extend their lease.

Rental increases to be capped at 5% per annum

Although pricing will remain subject to the free market, landlords are only able to increase rent by a maximum of 5% per annum.

With the new proposal, all rentals contracts must be registered online and overseen by the Housing Authority. The registration should also include the contractual agreement, a full inventory of the contents in the property and the deposit paid by the tenant into the new system. Hefty fines will be applied in the situation that these details are not submitted.

Issues such as minor damages to property and appliances will be decided by legal experts.

In the case that a tenant is expelled from a property, landlords will have the right to demand payment for the period that the tenants remain in the property during the dispute.

The proposed rental reform, expected to come into action by January 2020, aims to give both tenants and landlords new, improved rights. Prime Minister, Joseph Muscat, noted that the new laws must pass through Parliament (with feedback from the Opposition) and changes are to be made if suggested alternatives fit with the proposed intentions behind the reform. Furthermore, the MDA and the Estate Agents Section are holding meeting with different lobbies in order to modify the proposed white paper rental reform. Should the reform come into force, the government will provide a short amnesty period to allow those influenced to adjust to the new regulations.

This property is a maisonette located in the highly sought after…

This beautifully renovated townhouse is located just a stone throw…

Stunning and modern two bedroom penthouse in Sliema. The property…

Island Properties: Creating a Solution for the Maltese Property Market 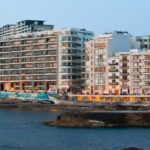 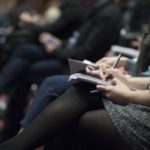 The Estate Agents Section’s Response to the Proposed Rental Reform