Elderly residents who live in social housing can now obtain a 20% discount on nursing home costs with the new government scheme.

A new, voluntary scheme launched last Monday stated that social housing residents who choose to return their home to the state when moving into a nursing home will receive a 20% discount. Residents will now be able to keep 20% of their pension contribution that would’ve otherwise gone towards care in an elderly home. This applies to government, Church or private nursing homes.

Currently, people living at St Vincent De Paul that are classified as “highly dependent” see 80% of their pension cut to go back towards the government. Parliamentary Secretary, Roderick Galdes also explained that less dependent residents see 60% of their pension cut. However, with the new scheme, participants will be able to obtain 20% of the contribution.

Whoever qualifies for the scheme is expected to save between €1500 and €3000 per year, depending on their pension and percentage of contribution.

Dr Galdes explained that the scheme may act as an effective way for the elderly to give back to society. The Parliamentary Secretary explained, “If you’re an elderly person who once needed help from [social] housing, think of the people who might benefit now.” Also, it’s would lift a burden off the shoulders of family members who were obliged to maintain the property whilst the elderly were in retirement homes.

Anthony Agius Decelis, the Parliamentary Secretary for the elderly, said that the scheme can leave more money in pockets of the elderly. He also noted that the scheme is a message that, as an island, we do not have many resources so this is a way of giving what we have to those in need.

Michael Falzon, the Social Solidarity minister, said that this is an indication that the government is working towards solving demographic concerns. He also added that about 25% of the Maltese population is made up of elderly people, with no sign of slowing down.

More information regarding this topic can be found on page 33 of the 2018 Budget transcript here.

This apartment is located in the very central area of…

Located in the prestigious area of Victoria Gardens in Ibragg,… 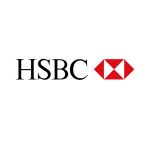 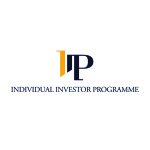 What is the Individual Investor Programme?