The lack of Social Housing in Malta is being tackled head on by Parliamentary Secretary for Housing Roderick Galdes with new schemes and investments in the pipe-line. Malita Investments plc, an investment company with the government as the major shareholder, closed a €53 million loan deal with two foreign banks for the construction of a major social housing project. The signing of the deal was seen over by Galdes, Finance Minister Scicluna, and Social Solidarity Minister Falzon. Finance Minister Edward Scicluna said that the deal reflects the government’s plan to build infrastructure that “matches up to Malta’s high economic growth”.

This growth not only involves government projects and developments, but also is beneficial for anyone who owns a property as a scheme is being rolled out to allow the registering of private properties to be leased through the Social Housing Scheme.

Property owners will soon have the ability to rent their homes to the Housing Authority for use as social lodging, as part of a new scheme unveiled today. Tending to a question and answer session, Parliamentary Secretary for Social Housing Roderick Galdes said the rented properties would be secured for a long time, ensuring the property owner an income of the current market value. The monthly rent on the property would also be tax-exempt.

The scheme applies to not only properties already on the market, but will also take into consideration properties on plan and in shell form; from these properties it is the ones that are easily-accessible that will be given priority. That being said, luxury properties such as ones with sea views are most likely not to be considered at all. An independent panel will be evaluating the properties under consideration.

Applications for the plan open on September 1st.

For further information, such as Eligibility, the Selcetion Process and more click here.

Modern One Bedroom Property in Sliema

This newly finished one bedroom apartment is located in the…

VAT on Property Rental in Malta; No More! 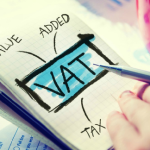 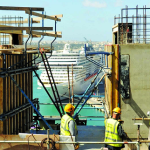 The Construction Industry in Malta